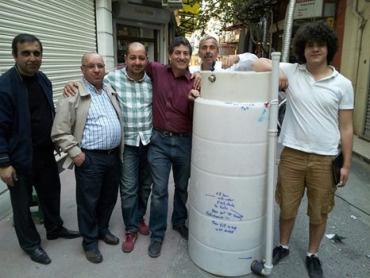 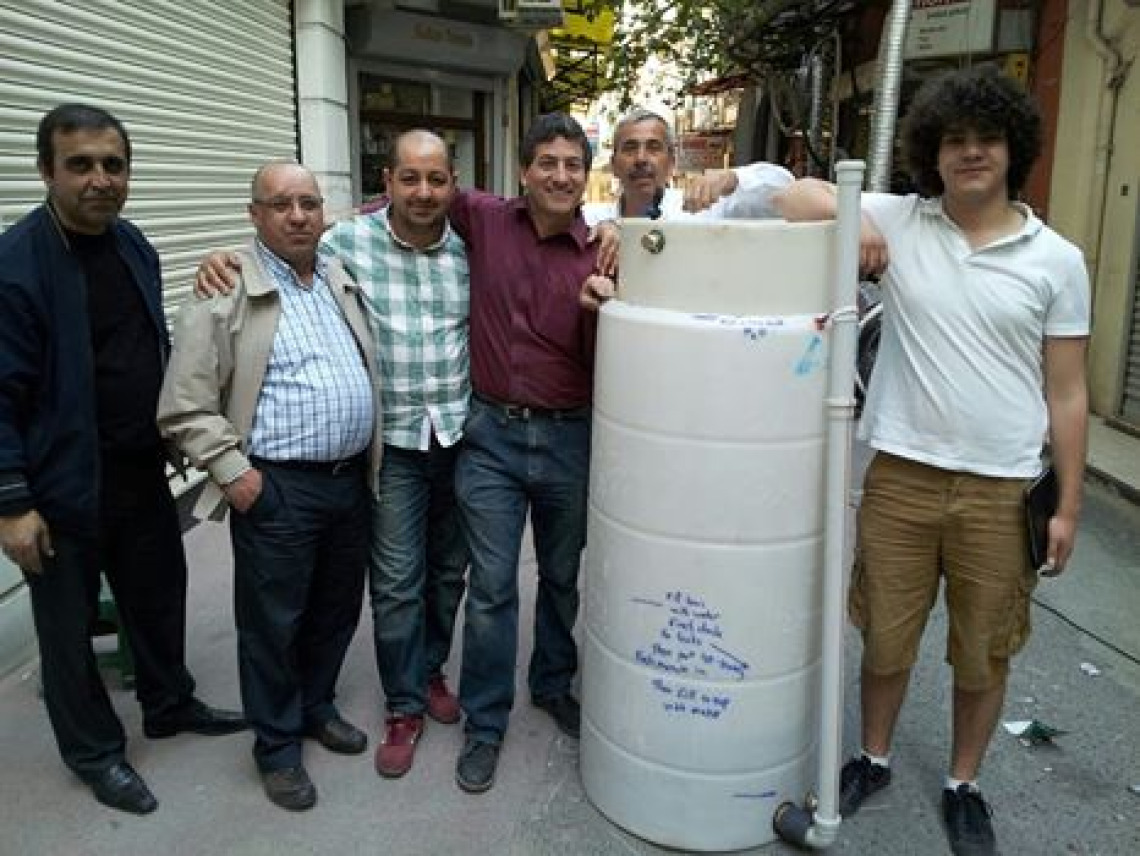 On April 27, 2013, at the end of my presentation tour for Earth Week, an enthusiastic student who had attended one of my talks, Yaşat Hacıbaloğlu, asked if he could learn how to build a home biodigester.  Since I had a "day off" where Bosch/National Geographic/Fox was going to treat me to a day of sightseeing I decide instead to ask the driver if he could take me and Yasat into the local market to buy supplies and build a Solar CITIES style ARTI biogas system. And we did -- right there in the street!  I then hired a truck to bring the system to the student's house outside of the city so he could continue his investigations and be part of our Solar CITIES Biogas Innoventors and Practitioners Team!

"Dinç Yaşat Hacıbaloğlu and I built a biodigester om my "day off" (instead of going on the city tour offered) in the streets of Karakoy District of Beyoglu near Sultan Ahmet in Istanbul just now because we had no workshop. The shop keeper, a friend of Necati, our Nat Geo driver and co-conspirator, lent us the power tools and electricity, then I paid a couple hundred bucks to have it trucked to Yasatis place for eventual installation at his college. All in a days work...my kind of meaningful vacation... — with Yaşat Hacıbaloğlu."

This is how we build not only biodigesters, but our international team of biogas bricoleurs! 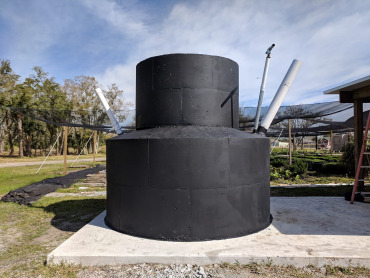 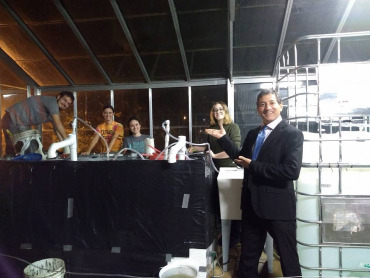