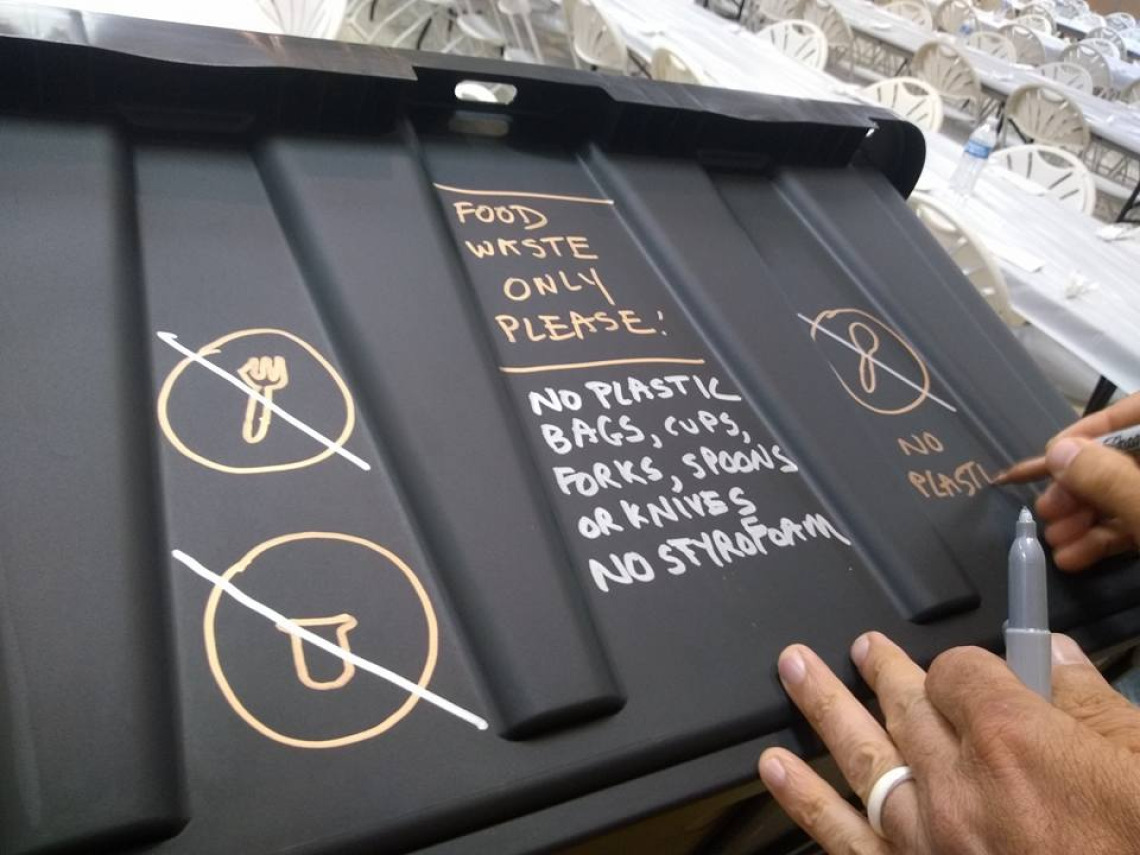 In this module we will explore the recycling of organic residuals from food production and consumption back into energy and fertility.  This issue -- the transformation of food wastes, including the food waste we waste every time we pass the food we eat through us and into the toilet -- transforming these wasted resources  into fuel and fertilizer -- and into growing, processing and cooking healthy food again -- is the core of my research at USF and around the world.

It is the foundation of my identity as a National Geographic Explorer, and is something that  I dedicate my life to.

See,  I’ve been composting food wastes and yard wastes and making composting toilets  for a quarter century and producing my own home biogas from food scraps and fecal materials for a decade, and I’ve been teaching others simple and effective ways to eliminate organic wastes and transform everything once alive into valuable end-products, into food and energy security,  for my entire career.

So here’s where I feel I have a right to get a little -- ANGRY.
Lookit -- Solving the Food Waste Problem  is ranked number 3 of the top 100 urgent solutions for mitigating climate change by the panel of scientists and policy makers who contributed to “Drawdown—The Most Comprehensive Plan Ever Proposed to Reverse Global Warming”.   And its nice that it is finally getting the recognition it deserves and getting elevated to the importance level it deserves, but jeez, talk about human beings turning a good into a bad and creating problems where there shouldn’t be!   The very idea that organic residuals-- by which I mean anything that comes from once living plants and animals and fungi and microbes and protozoa -- can create a waste problem on a planet that owes its special status as a haven for life in a desolate solar system to the very efficient recycling systems that have been operating on this island Earth for at least a billion years -- that is ABSURD! Dangerously absurd.  Criminally absurd. I mean recycling carbon, nitrogen, phosphorus, potassium, hydrogen and oxygen, and water, and micronutrients that enable cell growth and reproduction -- that’s what sets this planet apart from all the others. It’s all nature does! 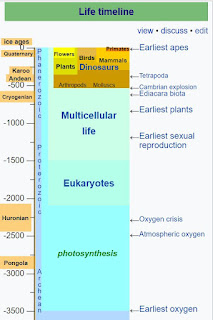 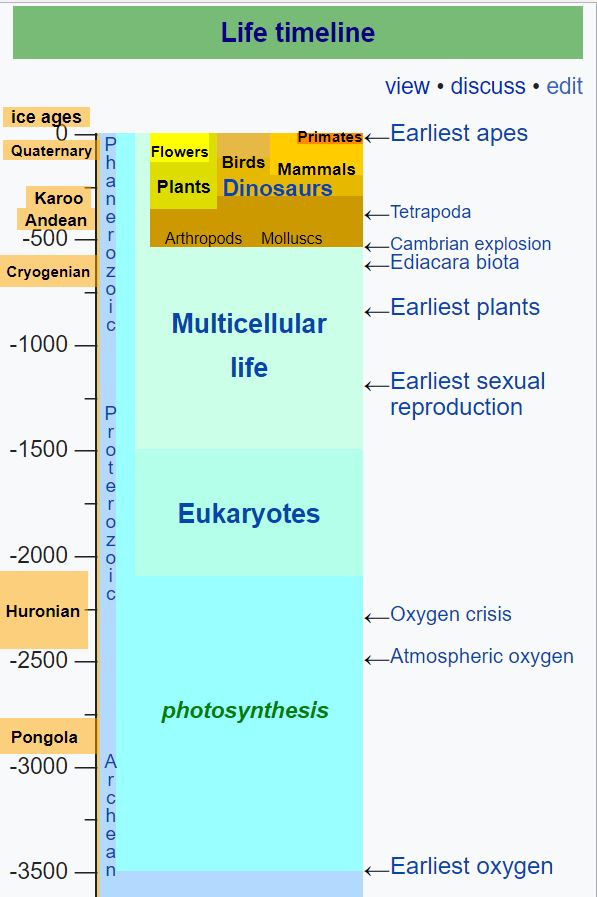 And please note that when I say these natural recycling systems have been operating for a billion years,  I am being conservative and making this assumption only for the Phanerozoic era, shown here. I am of course  fully aware that most of these superbly efficient organic recycling systems were well established and in place during the 2 billion year old Proterozoic era just after the oxygen crisis or GOE -- great oxygenation event --  that preceded the Huronian glaciation, and I am equally aware that the precursors for efficient organic waste recycling, the ones that permit us to efficiently transduce organic wastes into valuable biogas, were really established during the Archaean era 3.5 billion years ago!  https://en.wikipedia.org/wiki/Timeline_of_the_evolutionary_history_of_l…

So you can well understand how upset it makes me to think that after at least  a billion years of of all the millions of species on Earth getting it right, particularly after robust and biodiverse ecosystems evolved out of these systems after the Cambrian explosion half a billion years ago,  including humans for the hundreds of thousands of years we’ve been consciously present and creating this new phenomenon called “Culture” on this planet, one tiny group of Homo sapiens, our own species, with a Latin name that is supposed to mean ‘Wise Guys”  recently screwed things up! By recently I mean within the last 150 years really, since the Industrial Revolution for the most part.  And let’s be frank, this one tiny group of troublemakers have mostly been greedy middle aged men suffering from extended adolescence who are anything but sapient, anything but truly “wise”.  These Homo un-sapiens, lazy little boys who never quite grew up and owned their responsibility to “do no harm”, to not harm others in their quest for get rich quick in their quest for alpha male dominance, have created a rapacious throw-away culture that for the first time in evolutionary history, has found a way to turn organic residuals from a blessing into a curse, from valuable resources and clean energy and nutrients  into poisons and disease and greenhouse gases.

I mean, how can you screw this one up?  The planet LIVES to turn organic residuals back into food; it’s the cycle of life!  It’s what life DOES. Effortlessly! And this willfully negligent “let’s turn organic residuals into dangerous waste” culture has now infected the entire planet, making food waste such a crisis that it’s mismanagement  not only causes mass starvation and disease and nutrient depletion of soils and desertification and catastrophic floods and deforestation and habitat loss and eutrophication of our waterways and dead zones in our oceans, and indoor air pollution,  but is now threatening all the precious life support systems of the earth with a climate crisis such as we haven’t seen since the Huronian glaciation’s mass extinction event.
Talk about the “Age of Stupid”.
And see, here’s the thing:  I can tell you from LIVED experience for the past quarter of a century, since I became aware of how easy it is to work with nature on this and started applying those principles, that this one is a no brainer.

My wife and I turn 100% of our food waste and yard waste, and toilet waste -- yes toilet waste -- the kind of food waste even most of you who compost still really waste -- into fuel and fertilizer and healthy soil and food right at home, without any special or expensive technologies and with no health risk, no rats or flies or any chance for cholera or diseases and no smells.  It’s safe and effective and it's easy. We are working on programs with local Churches, Synagogues and Mosques and schools to get the God’s natural cycles back in sync, so that organic residuals are wasted no longer.
This is one of those “Yes we can” things that anybody can do, at home, at school, at your place of worship, at your place of business, in your community.  And you can get involved TODAY!
So in this module we will explore the realities of solving the problem that should have never been a problem, in the great hopes that you, too, will join our movement, a movement that has literally been going on since the beginning of life itself.  If there is only one thing you can do to eliminate waste -- this is it. Achieving Drawdown solution #3 is easy. No food waste. No shit. Literally.